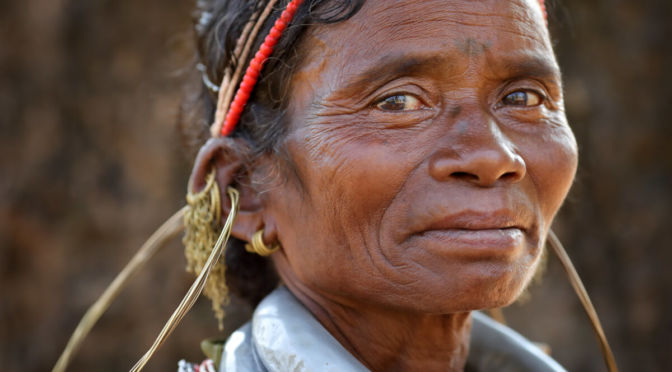 Welcome to the complete guide to Chhattisgarh

You will make the most of this travel guide to Chhattisgarh if you are planning your next trip to Central India and/or want to discover the tribal culture of Chhattisgarh, its nature and history.

I discovered this tribal state in 2012, when the Naxalite conflict was in full force. I literally fell in love with its people, its tribes and its hospitality, and have been writing on my various blogs ever since. Over the years, I have become an expert on tribal culture and responsible tourism for Indians and am even regularly asked to contribute my opinion for thesis or speak at conferences; which never ceases to surprise me!

This guide is designed to explain why it is attracting more and more tourists, its fascinating history, places to visit, festivals, give you practical information to prepare your trip etc. I have gathered here all the articles I have published on this blog.

Check back regularly for new information and updates.

For each chapter, you will find all the articles on the subject.

Combine this information with your own experience and you will have an unforgettable memory of your trip to Chhattisgarh.

Its geographical location and its openness to tourism (here, no special permit is required as in some parts of Orissa or Arunachal Pradesh) make it a more accessible tribal destination than the tribal states of the Northeast.

Its tribal culture still very much preserved, its temples, its nature, its handicrafts, its festivals, its history make it a tourist destination that is beginning to be more and more appreciated by lovers of authenticity and human contacts. His Holiness the Dalai Lama found in the temples of Sirpur “all the soul of Buddhism”.

The state of Chhattisgarh offers many opportunities for sightseeing and discovery off the beaten track, accommodating both cultural and adventure tourism. The Bastar district, famous for its tribal markets, waterfalls and the world’s longest festival Bastar Dussehra – 75 days – is now easily accessible from Andhra Pradesh, Odisha and the state capital, Raipur.

The best activities in Chhattisgarh are the tribal markets, festivals, discovering local handicrafts and how they are made, visiting the temples of Sirpur and Bhoramdeo, the waterfalls of Chitrakote. There are other popular attractions outside of these, such as visiting the wildlife sanctuaries, Mainpat, discovering the rock paintings near Raigarh.

The presence of most of these main attractions in the Bastar district makes it the ideal base to discover the culture of Chhattisgarh. There are some good hotels, a guesthouse run by a passionate guide in a tribal village, many restaurants, the Maharaja’s palace, a bus service.

Below, I tell you about the history of this Indian state, before sharing everything you need to know about what to do there.

Going to tribal markets during festivals and exchanging with the locals is my favourite activity in Chhattisgarh.

In ancient times, the area was known as Dakshin-Kausal. It is mentioned in the Ramayana and the Mahabharata. In the Ramayana, mention is made of Dandakaranya, the exile forest of Lord Rama, one of the 10 avatars of the God Vishnu. This is actually largely the present district of Bastar! One of the oldest statues of Vishnu has been found in Malhar, near Bilaspur. In the Barnawapara Wildlife sanctuary near Sirpur is the presumed ashram of Valmiki, the author of the Ramayana.

Between the 6th and 12th centuries, the rulers Sarabhpurias, Panduavanshi, Somvanshi, Kalchuri and Nagvanshi dominated this region. In the 11th century, Bastar was invaded and ruled by the Cholas, who gave a very rich architectural style – see in particular the magnificent temple of Tanjore in Tamil Nadu.

With the British rule from 1845 to 1947, the region was named the Chhattisgarh division of the central provinces. The capital Ratanpur is replaced by Raipur. In 1905, the district of Sambalpur is transferred to Orissa and Bengal loses the territories of Surguja to Chhattisgarh. A princely state until 1956, it loses this title and is attached to Madhya Pradesh for 44 years.

On 1 November 2000, the state regained its independence and became one of the actual 29 Indian states.

Chapter 1: What are the tourists places in Chhattisgarh?

Near Raipur, you will find historical sites such as Sirpur, the ancient capital visited by the famous Chinese pilgrim monk in the 7th century and many more recent temples.

On the outskirts of Raigarh, you can admire prehistoric paintings in the middle of the forest.

In the south, you will find the most interesting district in terms of culture, Bastar.

The most famous festival is Bastar Dussehra in Jagdalpur, the longest festival in the world. The Madais, local festivals at the beginning of the year, are also an ideal time to discover tribal culture.

Thanks to my blog, most travelers focus mainly on the Bastar district. You will find below other ideas, including Bastar in the tour.

For a first trip

5 itineraries in India you can copy

Chapter 4: How to reach Chhattisgarh?

Jagdalpur’s brand new and beautiful airport… remains unused! It was supposed to be operated by Odisha Air’s commercial flights by 2018. The postponements continued… until the company filed for bankruptcy!

The easiest gateway to the Bastar remains Vizag or Visakhapatnam, a coastal town in Andhra Pradesh, south of Chennai and Bhubaneswar.

Journey to the West by Wu Cheng’En

Do I need to read the whole guide?

If you are visiting Chhattisgarh soon and want to make the most of it, I recommend that you read this guide from beginning to end. You will find all the practical information you need to organize your trip, presented in a concise and simple way.

Otherwise, you can choose the chapters or articles corresponding to your current need.

If you don’t have the time to read everything, want personalized advice and/or need a guide on the spot, contact me; following numerous requests, I now offer a service to help you prepare for your trip.

You can find more information about India on this blog

The name appeared during Marathas rulers (until 1845) then was used by the British rulers. It was first used in an official document in 1795. It derives from the 36 pillars of the Chhatishgarhin Devi Temple. “chhattis” means “36” and “garh” means “fort”).

Yes!!! The Naxalite conflict, which has calmed down well in recent years, has never been a brake on tourism. Tourists are not a target of the Naxals.

Which language is spoken in Chhattisgarh?

They speak Chhattisgarhi, but also Hindi, tribal languages and some English.

Why is Chhattisgarh famous?

The state is renowned for its relatively well-preserved tribal culture, hospitality, Bastar Dussehra, natural sites and chapura, the chutney of red ants.