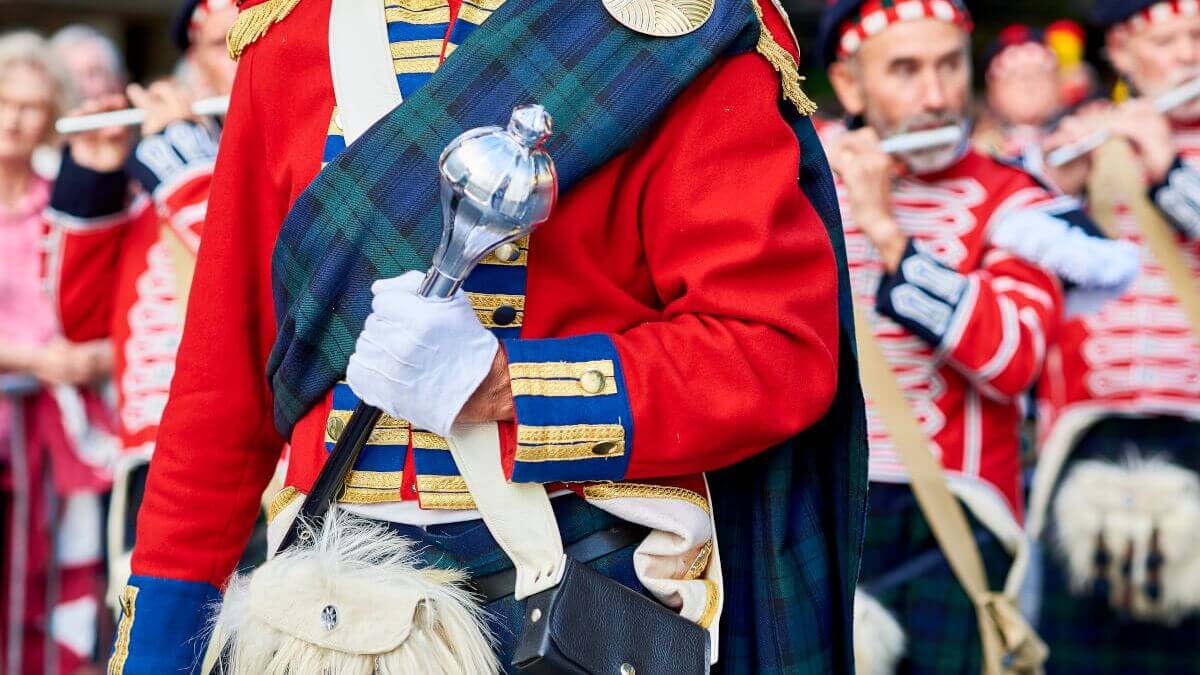 Traditional Basque festivals in January especially include the beginning of the Souletine masquerades in Soule, which last until April, and by the Tamborrada of San Sebastian.

January is also the month of the very first Navarre carnival, a very traditional one occuring in Ituren and Zubieta.

Also noteworthy are the celebrations of the Bixintxo, the patron saint of the city of Ciboure, from 17 to 26 January 2020. It is also celebrated in Hendaye.

You will therefore find in this article the dates information to remember on:

Passion Play of the Three Kings in Sanguesa.

Although it is not a typical Basque festival but takes place throughout Spain, January 6, the day of the Magi (Reyes Magos) or the Spanish Epiphany, is particularly important in Sanguesa.

This festival, declared a Festival of Tourist Interest in Navarre, is a living religious drama, also known as the Auto de los Reyes Magos.

Since 1967, at precisely 11:30 am, the inhabitants of Sanguesa have been replaying the journey of the Three Kings of the East to Bethlehem. The play is performed in open air, in front of the most beautiful monuments of the city.

It is followed by a Mass of the Kings in the church of Santiago, under the chairmanship of the actors.

For your stay, I strongly recommend you to stay in the hilltop village of Gallipienzo, at Heredad Beragu Hotel, 7kms from Sanguesa.

Click here to see some pics, reviews and the availability of this beautiful stone house hotel

The Souletine masquerade takes place every year in a different village of Soule.

A performance takes place every Sunday from January to April.

In 2020, it was the young people of Aussurucq who played it at home and in the surrounding villages.

The Souletine masquerade is an extremely important moment in Souletine culture.

Through the masquerade, the young people of the village tell the story of the past year in a humorous and teasing way.

In the morning there are what are called barricades. In the afternoon the performance takes place.

The Souletin dances are among the most beautiful and impressive in the Basque Country.

Be careful, however, if you do not speak Basque because the show is not translated.

Type: a key moment of Souletine culture, a theatre performed/danced/chanted in the open air.

For your stay, I recommend you the beautiful Domaine Agerria.

Check the pic, price and availability for your stay here

The tamborrada of San Sebastian-Donostia.

The tamborrada (Spanish) or Danborrada (Basque) of San Sebastian (San Sebastian in Spanish, Donostia in Basque) is celebrated every year on January 20, San Sebastian’s Day.

This festival dates back to the 19th century and commemorates the Napoleonic occupation during the War of Independence (1808-1812).

Two groups march: the first with Napoleonic drums and costumes, the second with barrels and costumes of cooks and water vendors.

The tamborrada officially begins on January 19 at midnight, with the raising of the city’s flag and the “Marcha de San Sebastian” played in the Constitution Square. But the children begin around 8pm with their own opening.

Then the companies composed of 20 to 50 drums and 50 to 100 barrels parade in the neighbourhoods, always accompanied by a banda.

On January 20 at noon, the children’s tamborrada takes place, starting from the town hall square, along the Concha, the main beach of San Sebastian.

It ends after 24 hours, at midnight on January 20, again on Constitution Square, with the tamborrada of the oldest society in the city, the March of San Sebastian and other compositions.

Type: “military” parade, the feast of the city’s patron saint.

Don’t forget to try the best culinary experience in the world according to Lonely Planet: pintxos, Basque tapas, in the bars of the old town.

Experience them in the Basque style: enter a bar, choose one or two tapas and enjoy them with a glass of txakoli, the slightly sparkling local white wine and then start again in a 2nd bar until you are full. Don’t worry, the waiters have excellent memory. Just enjoy the moment!

In terms of accommodation, Maria Cristina is the most famous 5-star hotel in the city. Ideally located close to the waterfront, in front of the theatre and 400 metres from the historic district, this magnificent building has welcomed many celebrities such as Woody Allen and Liz Taylor. The famous French chef Hélène Darroze welcomes guests to the ephemeral restaurant from June to October.

It is also the favorite hotel of tourists for its view of the famous Concha, the main beach of San Sebastian. Try to book on the 7th floor for the most beautiful view.

If you are travelling with a family or small group (up to 8), I recommend Amara Astoria-luxury Apartments, in the Amara district. This 3-bedroom apartment, with a surface area of 105m², is the best plan for families and groups.

If you wish to stay outside the centre of San Sebastian and prefer a more rural atmosphere while retaining the charm of the old, I recommend the Heredad de Unanue.

The carnivals of the kaskarots from Labourd.

The Labourd carnivals, the earliest in the French Basque Country, start at the end of January or beginning of February.

In each village, a group of kaskarots, the main characters of the Labourdin carnivals, do the collection from house to house, while performing the traditional Labourd dances.

In 2022, I went to Bardos. Parade and traditional dances, judgment of San Pantsar, fire dance in the ass, mutxikoak evening with the group Rita Mutxiko.

For your accommodation, you can book the independent apartment for 5 people in my house, by contacting me via the contact section.

The carnival of the Joaldunak

The carnival of Ituren and Zubieta opens the season of the famous carnivals of Navarre, the most interesting and richest carnivals in the Basque Country.

It takes place on the Monday and Tuesday of the last week of January, in the villages where the Joaldunaks or Zanpantzar come from.

On Monday, the parade takes place in the village of Ituren. Tuesday in Zubieta.

For having been to each of the two villages, I preferred Monday morning in Ituren: preparation of the clothes, parade in the typical village. However, I did not see a parade from one village to another. The tourist office was laconic about the actual program and I couldn’t figure out if the Joaldunaks really walk from one village to another or only walk a little bit as I saw.

On Tuesday afternoon, I started in Ituren where all the Joaldunaks were gathered. They paraded a little bit then I followed them when they started their march towards Zubieta…. except that they quickly climbed into vehicles!!! As a result, they arrived long before me and I couldn’t film the arrival on the old stone bridge of Zubieta. There were also chariots and it was rather gore, as the tradition wants that young people dress up as characters representing chaos, that the Joaldunaks, hunters of evil spirits, go hunting with their bells (“Joaldunaks” actually means “bells”). It became even worse in Zubieta’s square, and not very reassuring, between the young people covered with blood or brandishing dead organs or dead animals and those who were scaring people with their chainsaws…

Date: Monday and Tuesday of the last week of January. 30 and 31 January 2023 – pending confirmation.

For your accommodation, I recommend you Tresanea Apartamentos, in the beautiful rural village of Ituren.

Click here to check the pics, reviews, availability and prices for your trip

Before the beginning of the carnival, the Hungarian boilermakers are celebrated. The inhabitants of the city disguise themselves as boilermakers to commemorate their arrival in San Sebastian in the 19th century, and announce the carnival.

The first procession by the original troop took place in 1884.

Look above (January) for reviews of San Sebastian accommodations. Click below to book.

Nurses and shepherds in Saint Sebastian.

The day after the Caldereros de la Hungria, it is Inudeak eta Artzaiak or nurses and shepherds.

This festival commemorates the courting of nannies by shepherds and the vaccination of children.

Not to be confused with the variant of the same name, in Bera de Bidasoa, which I love so much!

Check above for accommodation ideas.

See How I Can Help You Organize Your Tour

Help with the preparation of the tour

Connection with my local contacts

Guiding your group in French or English

To return to the home page of the calendar of Basque festivals, click here

Homestay in the Basque Country / Landes

Find an English Guided Tour in the Basque Country/Landes

Passion Play Of The Three Kings In Sanguesa.

7 Traditional Festivals to Celebrate in January in the Basque Country