Visiting Bayonne France and the Basque Country soon? Read this article where you will find the best itinerary to discover the romantic French city of Bayonne or “Grand Bayonne”.

The French city of Bayonne ham, classified as a city of art and history, is indeed made up of 3 main districts in the center: Petit Bayonne, Grand Bayonne, and the Saint Esprit district, or railway station district. It is definitely one of the most romantic French cities with its roman and medieval ruins, its canals and stilt houses.

Old Bayonne, the historical center and the Roman castrum dating from the 5th century, is actually called “Grand Bayonne”.

Each district of downtown Bayonne will be the subject of a separate article.

In this article you will find:

Where to park to visit Bayonne?

The ideal is to park in one of the large parking lots on the Paulmy alleys. The first hour is free. After that, it’s 1€ for 4 hours.

It is a perfect place to start this loop without having to retrace your steps; and the tourist office is nearby.

1. The botanical garden and the site of the poterne.

If you visit Bayonne between mid-April and mid-October, don’t miss the botanical garden.

From the Champ de Foire parking lot, head towards the ramparts and the city. You will soon come to an old medieval gate, where you can still see the drawbridge mechanism. Turn left just after. Walk along the ramparts until you reach the Poterne. If the garden is open, you can see its raised entrance on the far left.

The botanical garden, or rampart garden, was created in an area of 3,000m2, previously overgrown with brambles.

As its name indicates, it was built on a bastion of the ramparts, improved by Vauban from 1680.

Made with recycled materials, it nicely mixes Basque and Japanese cultures.

It is divided into several sectors and houses a permanent exhibition.

Even if the garden is closed, don’t miss the Parc de la Poterne and the Porte de la Poterne, outside the garden, and therefore accessible at all times. Stroll inside the ramparts as well.

2. Château Vieux, the town hall and the chocolate makers.

Pass under the Poterne and go around the Château-Vieux by the allée de la Poterne.

Château Vieux, built in the 12th century during the English tutelage, is an ancient house of the Viscounts of Lapurdi, the family of Sault. The northwestern part integrates the towers of the old Roman enclosure.

Turn left at the corner of Château Vieux.

Notice on your left the nice pedestrian layout of the Place and the Galeries Lafayette.

Continue on Rue Thiers until you reach the town hall. If you need a bathroom break, turn left towards the parking lot. You will find a public toilet on the right, just after the parking lot. Otherwise, turn right.

Admire the façade of the town hall overlooking the Place de la Liberté. It is from this square that the people of Bayonne witness the awakening of King Léon every morning during Bayonne Fests. Take the time to admire the square, step back to take pictures of the facade. Turn around to see the citadel, a little higher, the beautiful tower of the station, the watchtower and the Mayou bridge, the quays.

Go back on your steps and take the Rue Port-Neuf.

Rue Port-Neuf is also known as the street of chocolate makers, since you will find there several of the chocolate makers of Bayonne: the magnificent Cazenave tea room, where you can taste their famous sparkling chocolate, the chocolate maker Daranatz, l’Atelier du Chocolat; but also the Maison Pariès with its famous kanougas and muxus. This street comes alive even more during the chocolate festival. You can see the traces of its past as a waterway until the 17th century, through its architecture with arcades and on stilts. Admire the beautiful half-timberings and painted shutters.

3. Bayonne cathedral and its cloister.

Continue on the Rue de la Monnaie. Admire the Hôtel de la Monnaie and the beautiful facades, especially on the square. Go around to the left to find the entrance to the cloister.

Visit the cathedral and its cloister.

Go out through the main entrance and admire the porch, with many elements of Basque culture. Then go around the cathedral to the left. Note where is one of the restaurants mentioned below, Le Pavé, Rue des Gouverneurs. And there are public toilets next to the media library.

Stroll through the pretty streets – Rue des Prébendes and Rue de Luc – and their pretty stores. Take a look at the views of the cloister, more mysterious than when you walk through it.

Go to the fountain of the pillory.

In the Middle Ages, women of ill-repute were exposed in a wooden cage and scorned, stones were thrown at them and they were spat on. They were then taken to the Nive at low tide and the river was finishing the job…

Go down to the Nive by the Rue du Pilori.

You arrive at the Carreau des Halles. From here and as you approach the quay, you have beautiful views of Petit Bayonne, the Basque Museum, the citadel, the market halls, the Maison Moulis, the bridges and the Royal Bastion.

Enjoy the market (every morning until 1:30 pm Monday through Thursday, 2:30 pm on Friday, Saturday and Sunday). If you come on a Saturday morning, take the time to stroll through the farmers’ market on Quai Chaho and Rue Pelletier. You will find craftsmen and merchants.

You can’t miss the beautiful Moulis shipowner’s house, at the corner between Quai Jaureguiberry and Rue Poissonnerie. Renaissance style but remodeled in the 19th century, it was repainted in 2018.

6. Rue des Basques, Tour Saint Simon and a viewpoint to photograph the bridges.

Leaving the Museum of Ham, take the splendid and typical Rue des Basques opposite.

The name of this street reminds us that the city is not Basque but Gasconne!

At the end of the street, on the right, you will find the Tour Saint Simon. Ignore it for the moment and turn left to admire the Tour de Sault.

The Tour de Sault, from the 12th century, was built in front of the Roman enclosure to reinforce the defense of the river port. It supports a chain connected to the opposite Tower of Menons, allowing to close the river to navigation if necessary.

If you want to take a nice picture of the bridges and the quays, go to the Bastion Royal, on the other side of the Nive, so in Petit Bayonne. Take advantage of its viewpoint at the top to photograph the quays and bridges.

Go back on your steps and the Saint Simon Tower.

The Saint Simon Tower is a vestige of the door pierced in the enclosure in the 12th century, separating from the cagots or lepers’ district.

Behind the tower, take the passage des Cacolets.

The cacolets were wicker baskets used to transport travelers on donkeys or mules, before the construction of a carriageway between Bayonne, Anglet and Biarritz. They were then used for tourists.

Turn left into Rue Poissonnerie, which you follow until you reach Rue d’Espagne. Turn left again to take the Rue d’Espagne, pedestrian and paved, to the ramparts.

Notice the facades with two windows with wrought iron balconies, the half-timbering and the knocking doors. Some of the houses have a historical sign, explaining their purpose according to the periods.

Cross over to the Porte d’Espagne and the Casemate Saint Léon.

The Spanish Tower has been the southern entrance to the city since the 4th century (foundation of the Roman Castrum). In the Middle Ages, a barbican was added to it, then a drawbridge and casemates in the 17th century, before the last reorganization by Vauban.

9. Tour Vieille-Boucherie and district of the craftsmen and trades of art.

Continue on the Boulevard du Rempart Lachepaillet to the Tour Vieille-Boucherie (signposted to the cathedral) and pass under the Roman fortification wall.

Admire the facades of the old houses. At the intersection of Rue Vieille-Boucherie and Rue Douer, don’t miss the makila factory (walking stick doubled with a weapon) and the wheel on a façade on Rue Douer.

Go to the Place Emile Boeswillwald, which you cross.

A student of Viollet Le Duc, Boeswillwald built the spires of the cathedral of Bayonne.

Cross the Place Montaut and turn left into the Rue Douer to return to what used to be called the “quartier des antiquaires artisans métiers d’art”, Rue des Faures.

At the end of the street, turn left to go back along the ramparts and return to the parking lot.

Video of the itinerary in the Grand Bayonne France.

Where to eat in Grand Bayonne or Petit Bayonne?

Here are 3 addresses that I really like, to choose according to your needs:

Are you a travel agency or tour operator?

Looking for a bilingual local guide for your next tour in the Basque Country? Contact me! In addition to being a seasoned traveler, I have worked for 19 years in the field of passenger customer relations, conflict management and connection breakdowns in international stations in the Basque Country.

Conclusion – How to Visit Bayonne France.

You now have the perfect itinerary to discover Old Bayonne and its Roman and medieval remains.

Of course, don’t hesitate to stroll further. You will find other interesting towers on the Boulevard des Remparts, and other typical houses in the vicinity of the streets surveyed on this route.

You can also take the opportunity to visit Petit Bayonne at the same time.

For more articles about the Basque Country, click here 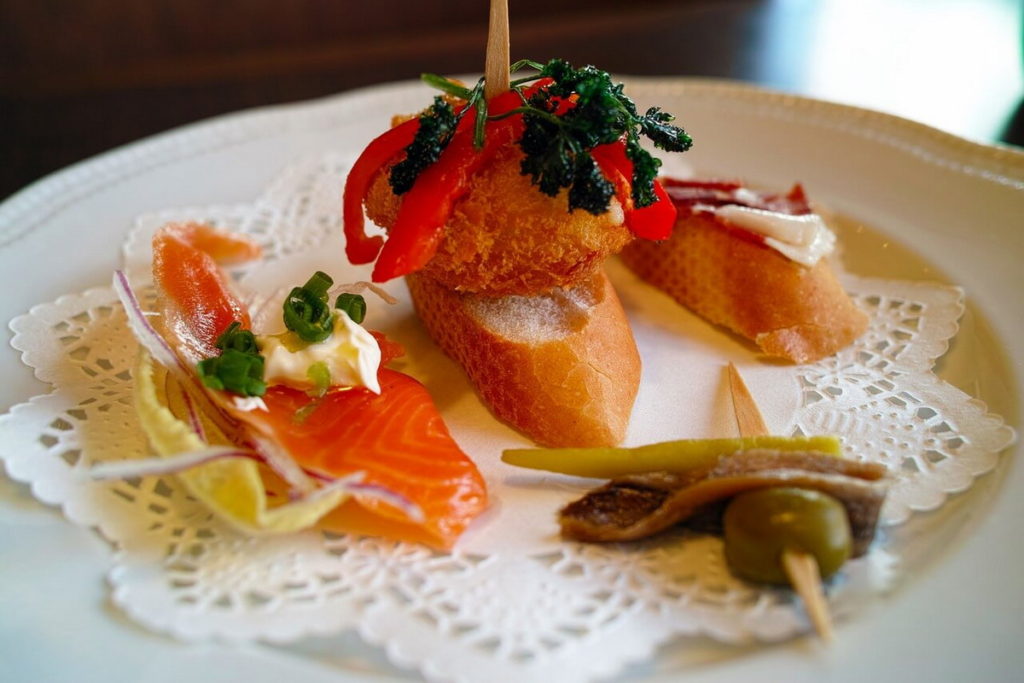 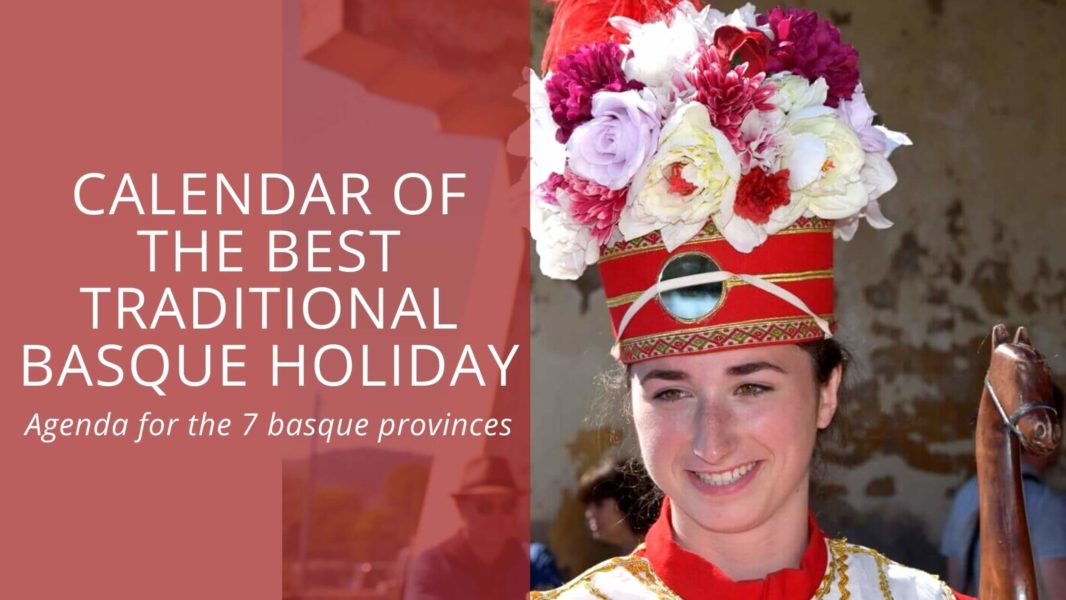