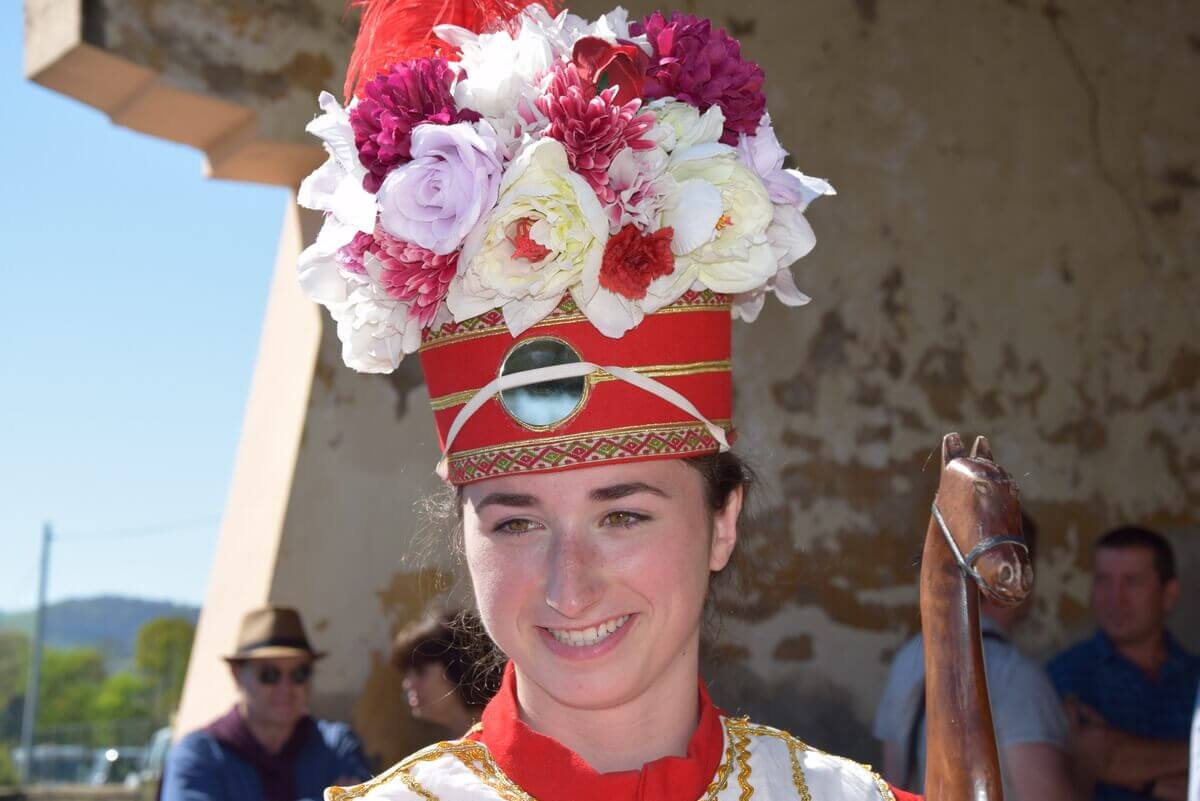 If you are wondering what to do in Saint Jean de Luz in June, I recommend the traditional Basque dance festival Udaberria Dantzan.

It is one of my favourite festivals in the Basque Country

All day long, each dance group, from one of the 7 Basque provinces, follows one another to show their local dances.

In 2021, the festival should occur on Sunday, June 6 – pending confirmation.

In this article, you will find:

Are you looking for a specialist in the Basque Country to help you organise your stay? Consult my service offer by clicking >>> HERE.

Ask for a quote here

The Basque Country includes 4 provinces on the Spanish side: Alava, Navarre, Guipúzcoa and Vizcaya.

On the French side, there are the 3 provinces of Labourd, Soule and Basse-Navarre.

Each of these provinces has its own dances, with very different costumes.

The dances of Alava ( Vitoria Gasteiz) are relatively unknown since the tradition requires that each one be danced during a specific festival.

However, you can also see them in May during the Laguardia Pipe Band Festival.

Among the most notable dances in Navarre are the Lesaka Sword Dance and the Baton Dance.

You will notice that the dancers have very different outfits from the Alava dancers, and this is only one example since several groups were present in 2017.

I chose to show you the ribbon dance, which I also saw in India, with the difference that here we do jumps at the same time!

In 2017, we saw several war dances, including the one of the leader killed in action (photo), the trunk dance (video) and the dance for guests.

The characters of the Labourdin carnivals and the Kaskarots of Labourd are generally honoured.

The costumes and jumps of Soule’s dances are the most impressive.

We find in particular Zamalzain, the horse man, present in other cultures around the world and more surprisingly in the Dhurwa tribe of the little known district of Bastar in Central India! As well as the glass dance.

In Basse-Navarre, there is the contra-dance and its magnificent costumes, as well as the Fête Dieu and its protagonists in Napoleonic guard uniforms.

A bit of history: Why a place Louis XIV in Saint Jean de Luz?

In my article on the main beach of Biarritz, you may have discovered that Biarritz was a favourite place for Napoleon III.

But did you know that Louis XIV had married the Infanta of Spain in Saint Jean de Luz?

It was within the context of the Treaty of the Pyrenees, signed between France and Spain, on the island of pheasants.

You can see this island, sometimes belonging to France, sometimes to Spain, when you cross the border between Hendaye and Behobia.

On the eve of his wedding, Louis XIV resided in a large residence, now partly occupied by the town hall, located on Place Louis XIV.

His future wife, for her part, spent her last night in a large pink house that can be seen at Quai de l’Infante, near the port. The house was for a time a Grévin museum retracing the wedding.

When and how to reach Saint Jean de Luz?

How to organise your trip serenely?

Take advantage of your stay in Saint Jean de Luz to discover the history of the wedding of Louis XIV, the beautiful Corniche road, Biarritz and Napoleon III, Bayonne, its ham, its chocolate its canals and much more.
Read this page for more excursion ideas

When is the Basque traditional dances festival in Saint Jean de Luz in 2020?

The traditional dance festival of the 7 Basque provinces should take place on Sunday, June 6, 2021, Place Louis XIV.
At 11am for children’s groups, 4pm for adult groups.

Where is the closest highway exit?

Saint Jean de Luz can be reached with the highway. There are two exits: North is for the centre and the festival. South is for the Corniche road.

Where is the closest airport?

The closest airport is in Biarritz, at 16kms from Place Louis XIV. You will find some taxis, rental cars and even a bus line to Saint Jean de Luz.
There are several flights from/to major European cities.
Beware: the airport is closed at night.
Check the link below for the best flights.

Depending on where you come from, I recommend you to use my favourite airline company, Qatar Airways, or the Skyscanner’s search to find the best deals.

You need a visa for your trip?

>> Check the requirement and order here

Where is the closest railway station?

From the station, you will be in less than 5 minutes Place Louis XIV, the nerve centre of the small town, with all around the Maison Louis XIV, the Maison de l’Infante, the Beach, the pedestrian streets with its shops and good restaurants.

The station is served by several TGV trains from Paris.

Which luxury hotel to choose in Saint Jean de Luz or Biarritz?

The Madison, in the centre of Saint Jean de Luz and 30 seconds from the sea front, with swimming pool, restaurant and spa.

Note the very friendly welcome and the charm of the place, in an old building of 1911, completely renovated.

La Réserve, a 4-star hotel and restaurant with a breathtaking view of the bay of Saint Jean de Luz.

This is one of my favourite places in Saint Jean de Luz, in a beautiful and quiet setting.

Several times I had the opportunity to have lunch in their splendid restaurant where we would stay for hours contemplating the ocean and the cliffs.

The Grand Hotel Thalasso Spa, 5 stars in the centre of Saint Jean de Luz and in the heart of the bay.

In spite of the beauty of the building and its privileged location, I find the welcome too stilted and not very warm…

Which Basque speciality to try in Saint Jean de Luz?

You should eat the famous grilled squids recipe called “chipirons à la Luzienne” and Maison Adam macaroons, that were created in 1660 for King Louis XIV’s wedding in the city.

Place Louis XIV is located 38 kilometres from my holiday rental, which you can book via the contact form or the contact section.

Conclusion on what to do in Saint Jean de Luz.

I hope you enjoyed reading this article.

Do you have any suggestions for improvement or topic?

What type of content would you like to read or would help you to discover the Basque Country?

Feel free to use the comments below to let me know.

Don’t forget to share this article with your family and friends interested in the Basque Country or lovers of traditional dances, Basque culture, beautiful beaches and history.

If you’re in Saint Jean de Luz in june, you can also celebrate the city festival

You can read my full guide to traditional Basque festivals here

This article may contain compensated links. Read the legal notices on the site for more information.