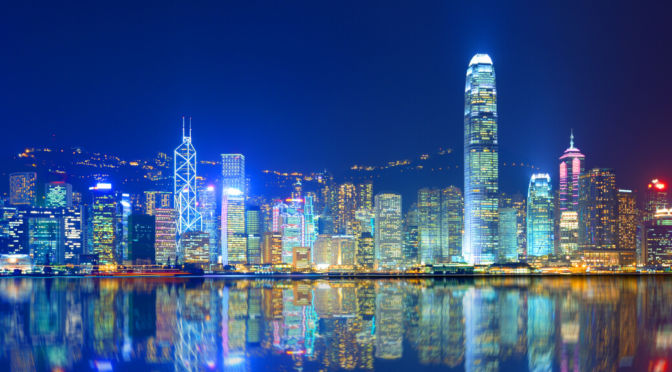 This article is for you if you are wondering if backpacking China solo without speaking Chinese is possible, or if you are about to travel to China on a next trip.

For my second solo trip to Asia, I chose to backpack China solo.

As often, it is the prices and promotions on flights between Paris and Hong Kong with Qatar Airways (€360 return) that have determined the choice of my destination.

However, the few weeks before my departure were particularly scary. People kept telling me that backpacking China solo without speaking Mandarin was impossible. One Chinese girl I met on the train even told me that almost nobody speaks English in China.

I had even resolved to spend my entire stay in Hong Kong if I was not doing well.

So, in your opinion, is backpacking China solo without speaking Chinese possible?

In this bus that takes me to Yangshuo, I think about my first days in China. Right now, there was no major disruption.

I spent my long hours travelling from Paris to Hong Kong as pleasantly as I could. In a quite lethargic state, in the middle of the desert of Qatar, I was afraid of being stuck there. “But why the hell is this young man from the airport scribbling my ticket? And now he tells me that I don’t have the reserved seat on the airline’s website?” Happy surprise: I realized that I had just been upgraded to business class! Private shuttle bus, massage seat-bed, walnut burl, luxury beauty products, caviar, foie gras, chardonnay…

I had landed in Hong Kong fresh and available and was able to enjoy the superb journey from the airport on Lantau Island to Cameron Road, in the backpacker district.

In the evening, I had discovered the picturesque market of Temple Street and its stalls of delicious and sometimes strange culinary specialities, and the magic of the bay under the rain and fog.

If your interlocutor does not speak English, simply point out what you want to eat, either on the shelf or on other customers’ tables. However, be careful with the finger counting system, which is very different from ours. I recommend the illustrated article by Tutorming on the topic here

Canton had turned out to be a little more exotic. I had enjoyed the special atmosphere of the former colonial quarter of Shamian: taï chi exercises, folk songs and dances, Chinese domino games… The show was everywhere.

I was amazed at the stalls of the famous Qinping market: jars of seahorses, basins of scorpions or snakes, clusters of sharks’ fins, weird mushrooms, bags filled with flies, larvae or beetles, unknown pharmacopoeia products…

I had immersed myself in the soothing and colourful atmosphere of the Buddhist and Taoist temples, among the fragrant scents of the incense cones and the chanting songs of the monks. I had admired the prayer shops around.

I had suddenly collided with a modern Canton, at the corner of a typical narrow alleyway, with large airy avenues and fashion shops, decorated with pennants, lanterns and red signs.

I had done all this without speaking a word of Chinese, simply with a map of the city, and without feeling the need to call Kayoumin, the Frenchman who had welcomed me when I arrived.

How not to get ripped off by Canton’s taxi drivers.

My first attempt to leave Canton ended in a failure and a big scare.

My taxi driver, under the pretext of avoiding traffic jams, had driven me all over town before leaving me at a local bus station… right next to my departure point. I had easily realized it since I was always taking this road to meet Kayoumin. Seeing that we were turning in circles, I had taken out my map and threatened to call the tourist police if he continued. He had finally landed me at a bus station and I knew it wasn’t the one to Guilin. Before paying, I had asked the policeman in front of the station if it was the right one. His answer being negative, I left without paying, under the amused gaze of the policeman who had just informed me.

The driver opened his trunk and drove off in this way to hide his license plate.

I had been fortunate enough to ask a young Chinese girl whose soft appearance was different from the usual Cantonese coldness. She had made it her duty to accompany me to the station and pay for my bus ticket! She had wanted to invite me in her family, but I didn’t expect all the buses to be full, and she had already done so much to help me…

If you have a problem with a taxi driver, record his or her licence number, which is displayed inside. If he tries to trick you and pretends not to understand your threats, show him the license plate. However, I do not recommend that you execute your threats. A few days after my misadventure, I learned that a taxi driver had been sentenced to death for ripping off a tourist and making an example…

The next day, I was finally able to take my bus to Yangshuo.

Ah, the joys of a big bus station during Qingming, the Festival of the Dead! First find the entrance, then the departure area, be directed to the right boarding gate… Good thing my bus was even more late than I was! Then stay in the traffic jam to get out of the city and the province, try to forget the jolts of the road and the stress of your bladder… Finally, the much-awaited break. I had had some readings on the obsolescence of the public toilets in the cities, but I had been reassured to read the efforts undertaken in recent years. Nothing could have prepared me for what I was about to live.

Imagine… You’re following a group of women to the area reserved for you. You enter a small rectangular concrete room with a little light. And then, in front of the spectacle before you, you begin to pray. Praying, but why? Pray, that a latrine of the extremities will be freed when your turn will come. Pray, so that you don’t have to squat, your buttocks in front of these women waiting their turn. Pray, to be entitled to this little privacy that could be offered to you if you are lucky… Pray, for the luck of these latrines from the extremities. Pray, because in front of you, this tiny wall offers no privacy to these squatting young women, with their legs open above the gutter that connects all these latrines. I have prayed so strongly that I was lucky!

Be patient when you take the bus or train. You know what time you’re leaving, rarely around what time you should arrive. Plan water accordingly, but don’t drink too much to avoid bladder problems. As for communal toilets, you’ll soon notice that no one cares about you.

As you can see from my first days in Hong Kong and Canton, you can backpack China without speaking Chinese, and even travel with local buses.

In the rest of my travelogue, you will see that you can also travel in the Chinese countryside without speaking Chinese. It was even a decisive encounter in Yangshuo that made me the traveler I am today.

How to travel from Canton (Guangzhou) to Guilin easily?

Follow the tip of my Chinese friend Baolei and book your bus – or even your train and plane tickets – on Trip.com.

I took 14 hours to reach Yangshuo by bus instead of the 2h50-3 hours of the train to Guilin, which is even further away.

So don’t make the same mistake and book your transport online and in advance !

How to book a hotel in Guangzhou?

The best site to book hotels in China is also Trip.com!

How to travel to China without speaking Chinese more easily?

Have you ever travelled to China? Tell us about your experience. Did you travel with a guide or were you alone? How did you experience the language barrier?

Read more: My articles about China.

Disclaimer: Ethno Travels is a participant in the Amazon Services LLC Associates Program, an affiliate advertising program designed to provide a means for sites to earn advertising fees by advertising and linking to amazon.com and its partners. Amazon and the Amazon logo are trademarks of Amazon.com, Inc. or its affiliates. Thank you for supporting my site and helping me make it the best sustainable travel resource on the internet! This post may contain compensated links.

Backpacking China Solo without any stress